Self-Efficacy- Should it Matter in Urban Education? 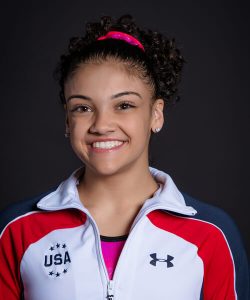 After a less than stellar school year last year I wanted come back with a vengeance! I came back this school year ready to use culturally responsive teaching in my classroom. I had decided that I was going to introduce my students to mathematicians that looked like them!

Armed with my new teaching tool, I began to search the Internet for famous mathematicians. This search lead me to conclusion that there were very few mathematicians that were Mexican American. I felt so sad for my students. AlTthough I didn’t find the information that I was looking for, I did learn that the first Mexican-American woman to receive a PhD was from Texas.

Needless to say I scrapped my idea about the mathematicians. Searching for those mathematicians made me wonder, ” How can they see themselves as an engineer, scientist, or physicist when there are not many examples?

According to Pychologist Albert Bandura, self-efficacy is “the belief in one’s capabilities to organize and execute the courses of action required to manage prospective situations. So, in laymen’s terms self efficacy is the belief in your ability to complete a task or reach a goal.

Why should self-efficacy be important to urban educators?

I teach at an urban school where the population of students is 93% Hispanic. My co-workers and I agree that the students at the school lack motivation and are very passive learners. In addition to having unmotivated and passive learners, for various reasons many of the parents are not a part of the educational process. Last week I had an AHA! moment. One of my students who has a history of academic challenges perfectly added 2 fractions with unlike denominators using the tape diagram. When I saw this it literally gave me chills! At that very moment I thought are the students really unmotivated or do they lack self efficacy? I asked myself this question because I began pulling him for small group and he had been doing so well with converting improper fractions to mixed number during small group that I showered him with compliments. He has been doing so well now that he has began to help the other students at his table.

How does a lack of self-efficacy manifest itself?

In the article “Self Efficacy: Why Believing in Yourself Matters”  people with a lack of self efficacy exhibit these behaviors:

Many urban students have been labeled as unmotivated or lack interest in education. Could an urban student’s lack of interest being education be an symptom of having a poor self efficacy? I can remember having a conversation with a pregnant 16 year student from a rural high school in Louisiana about the difficulties of being teen parent. I told her that I was 20 years old when I had my son and that it was difficult  to go college and care for an infant. She was not trying to hear me because her response spoke volumes. She said that her sister was making it taking care of 2 kids, so she could make it too. This student believed that she could take care of an infant because her sister was doing, however her education was a different matter. It never dawned on this student that getting a good education could help her take care of her baby because that was not the example she was seeing at home.

How is self-efficacy developed?

Many urban educators mistakenly label students as unmotivated when many students don’t believe in their own ability to succeed. I’m going to leave you with this story. One of my female Hispanic students was fascinated by my electric pencil sharpener because she had never seen one like it before. I told her that an engineer built the pencil sharpener and that she could become and engineer and build things too. Her eyes got really and big and without giving me a response she turned around in her seat and we never talked about her becoming an engineer again.

4 thoughts on “Self-Efficacy- Should it Matter in Urban Education?”