Hurricane Harvey: Who Will Care for the Teachers? (Part 2) 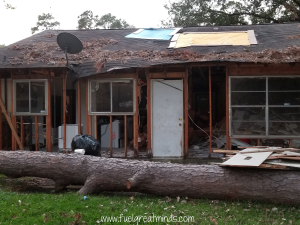 It’s been almost 6 months since Hurricane Harvey’s torrential rains flooded Houston. Life has not been the same since the 40-50 foot Pine Tree fell on my house.

One would think that in 6 months my life would be back to normal. Nope! I moved into a duplex and slept on an air mattress for 3 months. Then I hotel hopped for 2 weeks before I decided that I couldn’t take it anymore and moved into my unfinished house.

I have had so many ups and downs since Hurricane Harvey. To the point where I thought I couldn’t take much more and almost broke down in front of my students. Things aren’t as intense as they were after the storm but my life hasn’t returned to normal yet.

The most stressful part after Hurricane Harvey was going back to work. I wasn’t ready to go back at all! When it was finally time to go back, I was living in a house with huge holes in the roof. Every time it rained outside, it rained inside of the house. With every rainfall pieces of the kitchen and living room ceiling would crumble and fall.

With all of this going on at my house I went back to work anyway. My first week back at school was really difficult because I didn’t have all of my materials because my home life had been turned upside down.  I began teaching anyway. We were 2 weeks behind so I had to get started 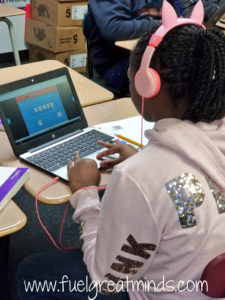 fast.  If you teach in Texas you know that 5th and 8th grade teachers teach 9 months of curriculum in 6 months. Since we lost 2 weeks to Hurricane Harvey and a week to the ice storm we only had 5 months to prepare our students for STAAR testing.

I figured dealing with being displaced would be difficult but not having enough time to effectively teach your content is the pits! I feel so bad because I have had to cut so many activities out because I don’t have enough time for them.

My principal asked me last week how did I feel about this school year compared to last school year. My response was there’s not any comparison. Last year I had enough time to prepare my students for these high stakes tests. This year I’m just praying that the information sticks! 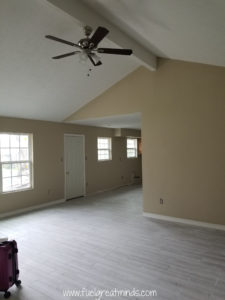 When that Pine Tree fell on my house I felt helpless. With all the donations that were pouring in you would think that someone would ask about the teachers. I have to admit I didn’t expect my school district to do anything for us but make us work like Hebrew slaves. Based on how the school district handled other situations, I didn’t expect much from anyone at the district office.

Well, I must say that I was pleasantly surprised when my principal told us that if we needed to take care of Hurricane Harvey related business that it wouldn’t be a problem. This is even true 6 months later. Trust me when I say I have had to leave early or come late to school because I either had to call or deal with the insurance company, mortgage company, or the contractor.

What shocked me even more is that instead of using a donation that was given to the school district for other things our superintendent gave up to $5,000 to teachers and other staff members that were affected due to Hurricane Harvey.

The lesson that Hurricane Harvey taught me is that people still do care about teachers. My perception of my school district has totally changed because our superintendent saw people with real problems instead of just employees of a school district.

The title of my blog post is Who will care for the teachers? I asked this question because teachers are people too. I hope by sharing my story teachers will not remain faceless when decisions are being made that may devastate the already devastated.