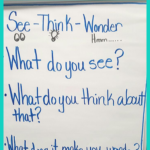 How I Used Thinking Routines to Improve Procedural Fluency 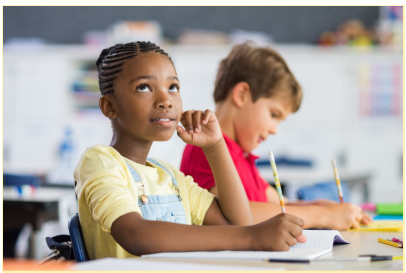 As a math teacher, I often struggle to get my students to share their math strategies and slow down enough to think about the steps for solving algorithms.

My students were so used to mindlessly solving problems that they made countless mental errors with algorithms. To make matters worse their ability to problem solve was almost nonexistent.

After using FlipGrid as a tool for engagement and classroom management, I started using FlipGrid along with Thinking Routines to help my students explain their thinking. 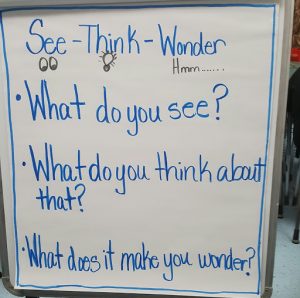 I knew that FlipGrid was  an awesome tool, because I had used it the year before to capture my students’ attention. Before I started using FlipGrid I had begun to use Thinking Routines at my previous school to help my students to increase their comprehension.

The students that I was currently teaching had the same problem but worse. Based on their standardized test scores, it would have made you think that they had it together. That was definitely NOT the case. When I got their universal screener scores, I had only one student on grade level and about five students who were on watch.

Normally I’ll begin the year by introducing my problem solving strategy. I had to scrap that plan because there reading levels were so low that they didn’t understand the strategy.

So I stopped teaching the problem solving strategy and started teaching the See Think Wonder Thinking Routine. This routine helped with connecting the diagrams and the graphs that they were skipping over to the problems, but I needed more. 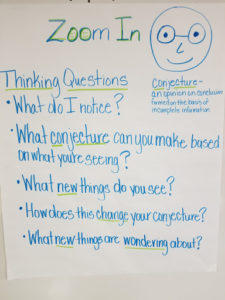 So I decided to introduce Zoom In. Now this routine was initially done with images, but I created a way to use it to teach my students how to think through a word problem.

With Zoom In, I taught them how to read the word problem line by line while asking themselves what did they notice. At the beginning of the problem, I noticed my students always rushed to make a decision about what operation they needed to use to solve the problem.

This was no easy task. It took me from October to December to actually get my students to get used to using this routine on a consistent basis.  Once they started using it consistently it was a game changer.

In this video you can clearly see that this student is struggling with explaining how to convert seven halves to a mixed number. Although it was evident that he was struggling with the procedural fluency; he was very comfortable sharing his process for converting fractions greater than one.

Thinking Routines have given my students tool that helps them comprehend word problems, which in turn allows them to see the patterns in algorithms. Getting my students to a place where they were comfortable sharing their thinking was not easy. That’s why my motto is anything worth having is working for.