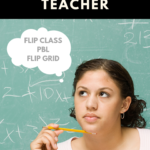 Confessions of a Bored Math Teacher

My teaching career began in Houston, Texas, but by the time I reached my tenth year of teaching  I felt like a mouse on a wheel. The year after I started teaching George W. Bush (son) was elected as President of the United States. Now you’re probably wondering why this matters. Well it matters because No Child Left Behind was created during his term. This was also when all of the standardized testing became the focal point of public education.

I started teaching first grade but moved to  fifth grade after my second year of teaching. Fifth grade was when I was introduced to this testing madness. One thing teachers know is when you teach a tested subject it’s darn near impossible to go back to a non-tested grade level.

For the first six years, I really didn’t mind the testing, but by August 2009 I was done. As a result of me being over it, I decided to leave Houston and move to Louisiana. I know what you’re thinking. I wasn’t going to stay permanently I just needed to get away from Texas.

I learned a lot about who I was as an educator in Louisiana. Most importantly, I was able to find my creativity and passion again! I had gotten a taste of teaching freedom. One thing I was certain about was that I could not ever go back to that teacher who focused on test scores.

What happens when teachers take risks?

I moved back to Houston in 2014, and unfortunately found myself teaching at a school where the principal didn’t care about nothing but test scores.

I told him about the Truss Bridge Project that my students were doing and his response was, “What TEK are you covering with this project?” I looked at him and was like really dude! Needless to say I never talked to him about anything else that I was doing in my classroom.

This was the principal who forced me to come out of my comfort zone and go against the grain. At the time I had the right team to do just that!

Our team wanted to put all of the higher level students in one class because they were controlling the pace of the lessons. Our principal was against it  but we did it anyway. He was NOT happy!

With all of the higher level students in one class, it gave me the opportunity to try some Flipped lessons in my classroom. It was difficult at first but the payoff was huge! The students who scored at the top tier for the STAAR test doubled.

The transformation of my classroom into a place where my students could learn math and gain 21st Century skills was no simple task. Most of my students were used to the teacher doing all of the thinking and work while they sat passively in their seats.

Changing the way that the students viewed me as the teacher and themselves as learners was an uphill battle. I can’t remember how I found the book, Making Thinking Visible, but this book provided me with Thinking Routines that I could do with my students.

I underestimated the Thinking Routines, because I really thought my higher level students had it together. Boy was I wrong! The Explanation Game created an eerie silence in my classroom. The students who always had the answers sat at their desks in silence.

I was in total disbelief and sad at the same time but I knew I was onto something. After this experience, who I was as a teacher died that day and a new teacher was born.

Making the jump from a bored math teacher to teacher who takes risks was very lonely. For a long time I didn’t have anyone on my campus to talk to about the activities that I created for my students. One day I came to the realization that I was all alone.

Instead of feeling sorry for myself, I turned to social media to find like-minded teachers to collaborate with. I participated in Twitter Chats and joined Facebook groups to help with implementation of my ideas.  Through collaboration with teachers from as far as Oregon and Michigan I was able to carry out my vision for my classroom.

When I look back and compare who I was and who I am now as a teacher I can hardly remember what I was like before 2014. I’ve had so many celebrations of success with my students that those memories have begun to fade.

It wasn’t easy taking the risks that I took for my students but I’m glad that I had the courage to change.  If you find that you’re tired of being on the hamster wheel, I give you permission to get off and start transforming your classroom today!

1 thought on “Confessions of a Bored Math Teacher”